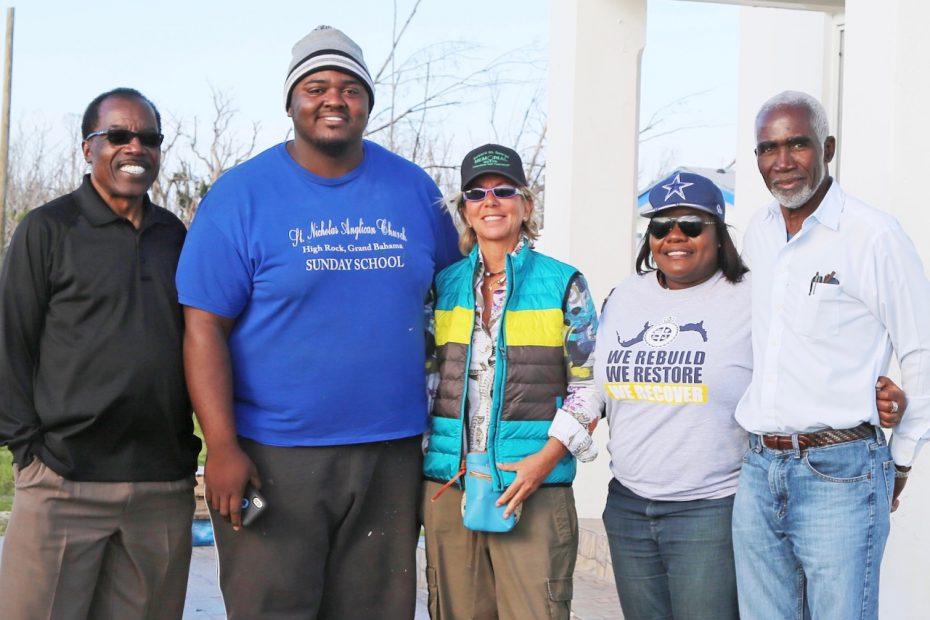 Freeport, Grand Bahama– Over the past several weeks, the Grand Bahama Disaster Relief Foundation (GBDRF), the charitable arm of the Grand Bahama Port Authority Limited (GBPA), along with GBPA volunteers, have distributed brand new refrigerators to more than 100 homeowners in communities across the island – yet another step toward turning local houses into homes.

The effort is part of a wider distribution strategy organized by the GBDRF. This will, in weeks to come, see the foundation purchase and distribute other major appliances to local homeowners as well. The refrigerator donation initiative gave priority to the elderly, the disabled, the unemployed, and households of single mothers with small children. It required residents to provide proof of severe flooding at their residence. Homeowners needed also to have completed the necessary mold remediation works and must have had city power restored to their homes.

“It was important to us that the Foundation touch residents from all over the island, from East to West. This catastrophic event had a far-reaching impact for all residents as well as our volunteers; so we wanted to ensure we responded in kind .” Said Sarah St George, Chairman of the GBDRF and GBPA.Facilitating donations in East End communities was retired educator Cecil Thompson, who also has strong familial ties to those communities. He, along with the GBDRF’s other clergy partners and area pastors, which included Bishop Godfrey Williams from the Jubilee Cathedral, worked closely to assist residents in East Grand Bahama – the hardest-hit community on the island.

“Reaching residents in East Grand Bahama was particularly important to us, and so we enlisted the assistance of our partners in the clergy to help pinpoint exactly which residents were most in need and who met the requirements for assistance”, explained Bishop Godfrey Williams.

He continued, “so many people, from east to west are still struggling to put their lives back together in the aftermath of Dorian. “Since the very beginning, the Jubilee Cathedral family has committed to working with the GBDRF and other international and local NGOs to reach as many people as possible not just within our congregation but across the entire island.”

In the immediate aftermath of hurricane Dorian, the GBDRF sprung into action assisting with search and rescue efforts, medical care, as well as food and water distributions across the island. In more recent months, the organization has focused its efforts on home repairs in collaboration with other non-profit groups such as the Red Cross, Rotary, and SBP-USA. In its longer-term outlook, the GBDRF and all of its local and international partners remain committed to the full recovery of Grand Bahama and its residents, who at last are turning keys to their homes again.

Nevertheless, “A home is far more than just the physical structure, and we know the physical structural repairs are only half the work,” said Karla McIntosh, GBDRF Board Member. “We’re excited that so many of the island’s residents have been able to return to their homes. But we also want to assist with urgent interior home needs since kitchen appliances and soft furnishings were so devastated by the storm floods”.