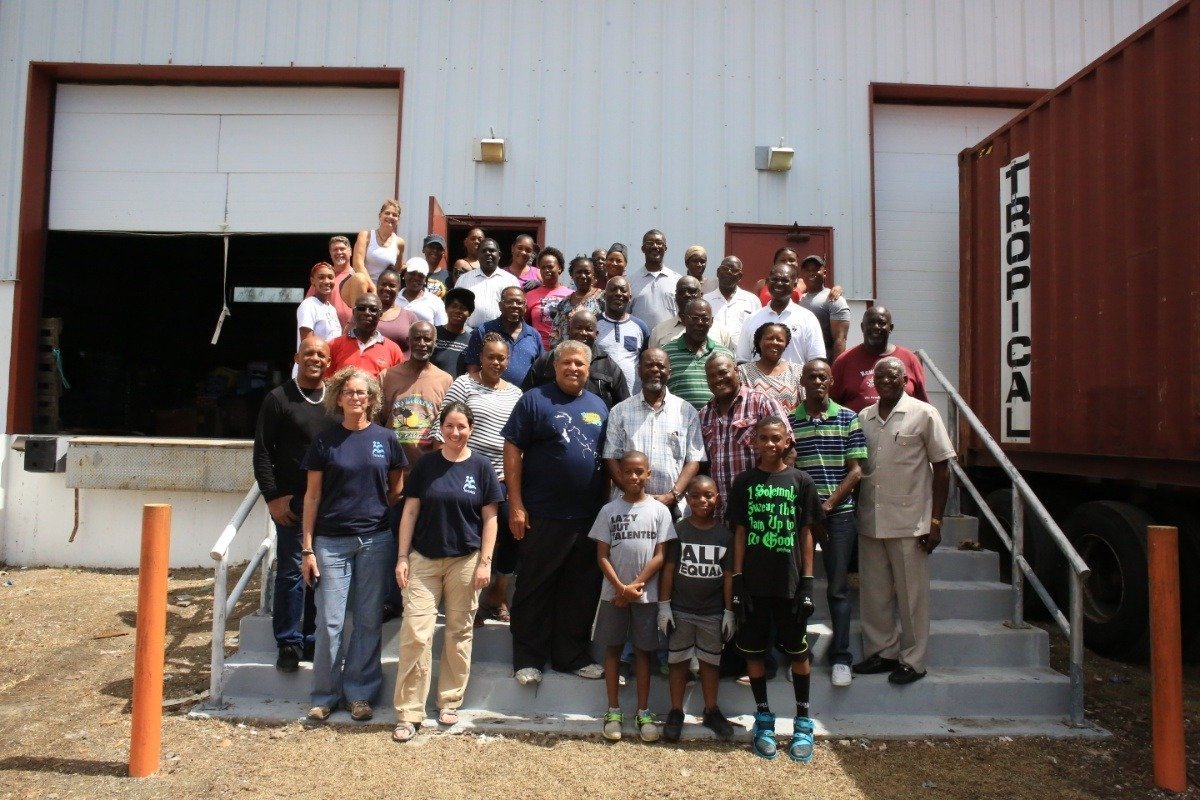 Freeport, Bahamas – In the aftermath of Hurricane Dorian, The Bahamas has seen a true outpouring of generosity from its relief partners both domestically and globally. The storm’s passing has also sparked an incredible sense of community and togetherness. From ordinary citizens to business owners and emergency service providers and the clergy, Grand Bahamians from all walks of life are working together to help one another.

At the heart of the ongoing relief efforts has been the Grand Bahama Disaster Relief Foundation (GBDRF), set up, and seed capital provided, by the Grand Bahama Port Authority (GBPA) in the aftermath of Hurricane Matthew. ‘Its aim was to provide a dedicated Charitable fund for Grand Bahama in the event of just such a storm as Dorian. We identified a pressing need for our large Grand Bahama community to be able to raise funds and to receive charitable aid internationally in the event of a national disaster. While we hoped such a moment would not come to pass, it turns out to have been invaluable ‘ says Vice Chairman Sarah St George. In the days since the all-clear was given, the GBDRF has launched a multi-layered relief initiative that has evolved from rescue missions, medical aid, provision of life-saving supplies to now working with local churches to distribute life-saving aid to every corner of the island.

“We engaged with the community leaders and members of the clergy who were attuned to the needs of the people in order to get our relief in to the hands of the most vulnerable as quickly as possible,” said Henry St. George, one of the organizers of GBDRF and Vice President of the GBPA. “with input from NGO IsraAid we established distribution links with Pastor Eddie Victor, Pastor of Living Water Assembly of God and President of the National Pastors Alliance, he pulled in over 50 churches and organizations and 130 pastors – including Abundant Life Assembly of God, Blessed Hope Seventh Day Church, Freeport Bible Church, Home for the Aged and countless others.

Pastor Victor was also instrumental in connecting the GBDRF with the International aid group IsraAid, an Israel-based international non-governmental organization. “Thousands of families have already been impacted by the relief supplies from the Grand Bahama Disaster Relief Foundation” he noted. “Working with a network of Pastors throughout Grand Bahama, from West End, Holmes Rock, Eight Mile Rock Freeport, Freetown, High Rock, Pelican Point, McClean’s Town to Sweetings’ Cay, these Pastors are serving the people in all communities and are committed to working toward helping all those who were affected by Hurricane Dorian”

As relief efforts continue, the organization’s social media and website (www.gbdisasterrelief.org) posts daily reports of aid that has been distributed. “Transparency is of utmost importance to us,” said Henry St.George. “We have put together a dedicated team to make sure that we track each item we distribute, that we catalog where and who takes our aid, so that we report it to our donors.”

“In the book of Acts, the Bible tells us that it’s better to give than to receive. As a God-fearing people, Dorian has really given us all the opportunity to prove that piece of scripture true,” said Pastor Victor. “This is not just an opportunity for the church to play an active role in the rebuilding of our community but to once again create a safe space for all Grand Bahamians.