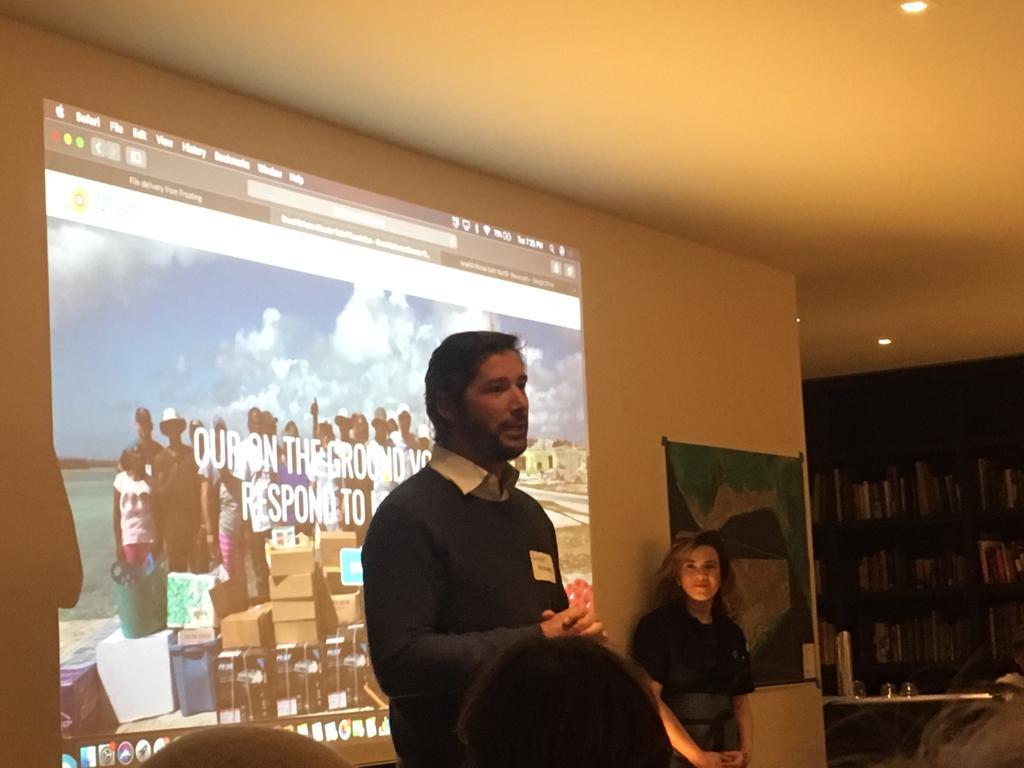 Freeport, Bahamas – Climate Change Resilience and a sustainable future for Grand Bahama Island took centre stage at a meeting of global stakeholders in November. The meeting hosted by the Nexus Global community – founded to bridge communities of wealth and social entrepreneurship – and the United Nations brought together scores of the world’s largest global foundations and disaster relief practitioners at the Rockefeller Center in New York City. The mission: to discuss the impact of storms like Hurricane Dorian on small island developing states like The Bahamas and to plan for a resilient future.

“The Grand Bahama Disaster Relief Foundation (GBDRF) was extremely honoured to have been invited by the United Nations to share our experiences, concerns and challenges post-Dorian, and to initiate discussions around a resilient plan for the future of Grand Bahama with this international community” explained GBPA Principal and GBDRF Director, Rupert Hayward. “In keeping with its mandate, the Nexus global community and the United Nations hosted scores of investors, social entrepreneurs, philanthropists, and allies to catalyze new leadership and accelerate needed solutions for a sustainable future for Grand Bahama and other island nations.”

The GBDRF has been at the centre of efforts to provide immediate aid to those most affected by Dorian and is now focused on initiating a repair and rebuild program for those whose homes were severely damaged during the storm.

“The support of the global community has been overwhelming. Their support is critical for Grand Bahama’s recovery and for a sustainable future for our island – we cannot do this alone” said Hayward. “We are eternally grateful for the incredible response we have received to date, which addressed the pressing needs of the residents of Grand Bahama after Dorian. From Amazon to IsraAid, to young students sending care packages with personal drawing for our citizens, we have received an outpouring of help from the global community, which has bolstered our initial and long term recovery efforts.”

Accompanied by Sam Teicher, head of Coral Vita – Grand Bahama and the world’s first commercial, on land, coral farm and reef restoration company – Hayward made a series of presentations focusing on the storm’s direct impact on Grand Bahama Island and retold its residents’ stories, bringing continued awareness of Grand Bahama’s issues to the international community.

“What hurricane Dorian has taught us, is that we cannot waste a crisis and we cannot rebuild our island alone. We have to embrace the exposure and help, both financial and otherwise, that the international community is offering to help build a brighter future for Grand Bahama and The Bahamas,” explained Hayward. “With that in mind, we must focus on a new paradigm of development, which embraces both sustainable and climate change resilient practices when building a long term plan for growth in the Bahamas.”

The November 12th meeting has since resulted in renewed interest to help in the recovery work being completed on the island. The GBDRF hosted several leading organisations and foundations, including Nexus’s founder and the Estee Lauder Family, who want to help rebuild Grand Bahama in a sustainable manner. “We were so pleased to host the Estée Lauder family and other organizations over the Thanksgiving weekend,” said Hayward. “It gave them an opportunity to see first-hand the island’s needs in terms of housing, infrastructure rebuild, and social services support.”

The Grand Bahama Disaster Relief Foundation continues to provide relief to the community across the island through its network of 150 churches on a daily basis. They are also asking persons to consider making donations to the rebuilding initiative, as they transition out of the immediate aid phase. Interested donors, volunteers or those who want to reach out to the GBDRF, are encouraged to visit the organisation’s website at www.gbdisasterrelief.org for details on how volunteer and donate.